Plagiarism involves the "use or close imitation of the language and thoughts of another author and the representation of them as one's own original work."

Papers must be original, unpublished, and not pending publication elsewhere. Any material taken verbatim from another source needs to be clearly identified as different from the present original text by (1) indentation, (2) use of quotation marks, and (3) identification of the source.

Any text of an amount exceeding fair use standards (herein defined as more than two or three sentences or the equivalent thereof) or any graphic material reproduced from another source requires permission from the copyright holder and, if feasible, the original author(s) and also requires identification of the source; e.g., previous publication.

When plagiarism is identified, the Editor in Chief responsible for the review of this paper and will agree on measures according to the extent of plagiarism detected in the paper in agreement with the following guidelines:

Action: A warning is given to the authors and a request to change the text and properly cite the original article is made

Intermediate: A significant portion of a paper is plagiarized without proper citation to the original paper

Action: The submitted article is rejected and the authors are forbidden to submit further articles for one year

Severe: A significant portion of a paper is plagiarized that involves reproducing original results or ideas presented in another publication

Action: The paper is rejected and the authors are forbidden to submit further articles for five years.

It is understood that all authors are responsible for the content of their submitted paper as they all read and understand SINDANG: Jurnal Pendidikan Sejarah dan Kajian Sejarah's Copyright and Licensing Terms. If a penalty is imposed for plagiarism, all authors will be subject to the same penalty.

If the second case of plagiarism by the same author(s) is identified, a decision on the measures to be enforced will be made by the Editorial board (Editor-in-Chief, and Editorial members) with the Chair of the Editor in Chief. The author(s) might be forbidden to submit further articles forever.

This policy applies also to material reproduced from another publication by the same author(s). If an author uses text or figures that have previously been published, the corresponding paragraphs or figures should be identified and the previous publication referenced. It is understood that in the case of a review paper or a paper of a tutorial nature much of the material was previously published.

The author should identify the source of the previously published material and obtain permission from the original author and the publisher. If an author submits a manuscript to SINDANG: Jurnal Pendidikan Sejarah dan Kajian Sejarah with significant overlap with a manuscript submitted to another journal simultaneously, and this overlap is discovered during the review process or after the publications of both papers, the editor of the other journal is notified and the case is treated as a severe plagiarism case. Significant overlap means the use of identical or almost identical figures and identical or slightly modified text for one-half or more of the paper. For self-plagiarism of less than one-half of the paper but more than one tenth of the paper, the case shall be treated as intermediate plagiarism. If self-plagiarism is confined to the methods section, the case shall be considered as minor plagiarism.

If an author uses some of his previously published material to clarify the presentation of new results, the previously published material shall be identified and the difference to the present publication shall be mentioned. Permission to republish must be obtained from the copyright holder. In the case of a manuscript that was originally published in conference proceedings and then is submitted for publication in SINDANG: Jurnal Pendidikan Sejarah dan Kajian Sejarah either in identical or in expanded form, the authors must identify the name of the conference proceedings and the date of the publication and obtain permission to republish from the copyright holder. The editor may decide not to accept this paper for publication.

However, an author shall be permitted to use material from an unpublished presentation, including visual displays, in a subsequent journal publication. In the case of a publication being submitted, that was originally published in another language, the title, date, and journal of the original publication must be identified by the authors, and the copyright must be obtained. The editor may accept such a translated publication to bring it to the attention of a wider audience. The editor may select a specific paper that had been published (e.g. a “historic” paper) for republication in order to provide a better perspective of a series of papers published in one issue of SINDANG: Jurnal Pendidikan Sejarah dan Kajian Sejarah. This republication shall be clearly identified as such and the date and journal of the original publication shall be given, and the permission of the author(s) and the publisher shall be obtained.

The SINDANG: Jurnal Pendidikan Sejarah dan Kajian Sejarah layout editor for the Journal is responsible for maintaining the list of authors subjected to penalties and will check that no authors of a submitted paper are on this list. If a banned author is identified, the layout editor will inform the Editor-in-Chief who will take appropriate measures. This policy will be posted on the website with the instructions for submitting a manuscript, and a copy will be sent to the authors with the confirmation email upon initial receipt of their original manuscript. 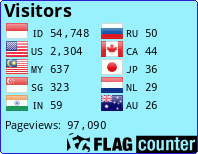